Oh, friends. I meant to share this bourbon eggnog recipe with you last week but I accidentally got a little too drunk at my Paper Crafts + Boozy Drafts holiday card making party and just didn’t make it happen. It’s my own fault, really. I almost always put two ounces of base spirit in a cocktail, but I’m not necessarily an expert on beer cocktails, so it was a bit on the strong side. Which is totally fine except due to a little miscommunication, my first round didn’t have any ice or syrup in it, so it was extra strong (basically two ounces of whiskey in a pint of beer — oops). It doesn’t help that I didn’t eat much that day. And then for good measure I also had the cocktail the way it was meant to be served. Hangover aside, the event was super fucking fun and we’re going to do another one for Valentine’s day and now I know a thing or two about how not to make a beer cocktail (the shot in the pint way — the version everyone else got was goddamn perfect, if a wee bit strong.) Anyway, now I’m fully recovered and finally sharing with you my new take on an old school boozy eggnog.

By definition, eggnog is simply a blend of milk or cream, eggs, sugar, nutmeg, and liquor. Of course, if you ask a contemporary cocktail connoisseur, they’re likely tell you that a homemade eggnog needs to age. While there’s nothing wrong with aging it, I tend to disagree. Mostly because I’m really fucking bad at planning ahead, but also because a quick eggnog can be just as good (especially if you put fancy vanilla extract in it). In fact, it’s really similar to a classic flip, a raw-egg-based drink that dates back more than 150 years.

In his 1862 book, How to Mix Drinks (which was alternately titled Bar-Tender’s Guide and The Bon-Vivant’s Companion — because why not give a book three fucking names?), Jerry Thomas, largely regarded as “the father of American mixology,” offered this recipe (if you can even call it that) for making an egg flip:

“Beat up, in a jug, four new-laid eggs, omitting two of the whites; add a half dozen large lumps of sugar, and rub these well in the eggs, pour in boiling water, about half a pint at a time, and when the jug is nearly full, throw in two tumblers of Cognac brandy, and one of old Jamaica rum.”

Say what? Can someone please mansplain that for me? The book that has three names can’t give me a jug size or a measurement beyond “large lumps?” I mean, that sounds like total fucking nonsense, right? Right. At least to my Millennial (er, Xennial) brain. But don’t worry, I don’t need a mansplainer. Taking inspiration from old Jerry and his jugs and lumps and new-laid eggs, as well as newer eggnog recipes, I managed to simplify the process and adjusted the ingredients and proportions for more modern times. And then I added that really good vanilla.

Instead of beating shit up in a jug with a half-dozen large lumps of sugar, I use an immersion blender and two tablespoons of sugar. And instead of making a jugful (whatever that means), this recipe makes a big-ass mason jarful (about 24 ounces). I also replaced the cognac and rum with bourbon. Of course, a little nip of cognac certainly wouldn’t hurt this drink, so if you happen to have a bottle collecting dust in your liquor cabinet, by all means, pour that shit on in. Tis the season, right?

Based purely on my own paranoia — which I feel is totally justified considering there are raw eggs in this drink, I can’t fucking afford to get sued — I’m very comfortable saying this will keep in the refrigerator for up to 24 hours. That said, alcohol is a mighty fine preservative, so it would likely last longer than that. (If you can manage not to drink it all in a day, please do let me know at what point this shit starts to get funky. It’s never lasted that long at my house.)

DIRECTIONS
Add the egg, milk, sugar, vanilla, and ½ teaspoon nutmeg to a blender or wide-mouth quart-size mason jar. Blend well (with an immersion blender if you’re using the mason jar), until all of the ingredients are well incorporated and the mixture begins to foam. Add the bourbon and blend again for at least 30 seconds. Serve immediately by pouring into a mug or large stemmed glass, or refrigerate for up to 24 hours. Garnish with freshly grated nutmeg just before serving. In case you haven’t yet noticed, I’m really into easy crafts. And by “easy,” I... 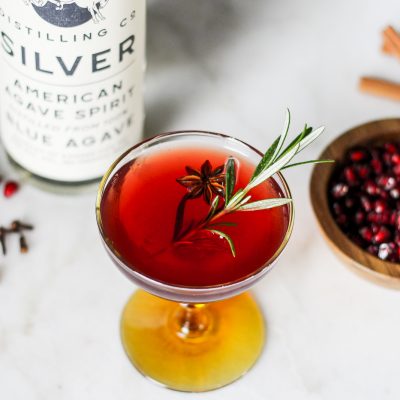 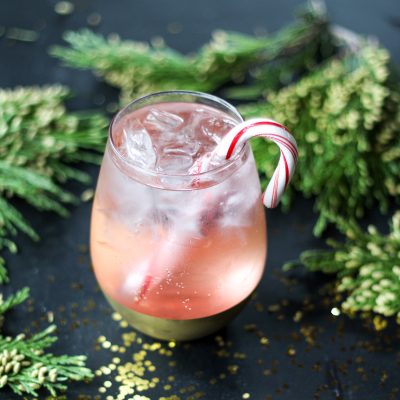 Lazy and lowbrow, but also kind of brilliant.

Save the bees! Drink whiskey! 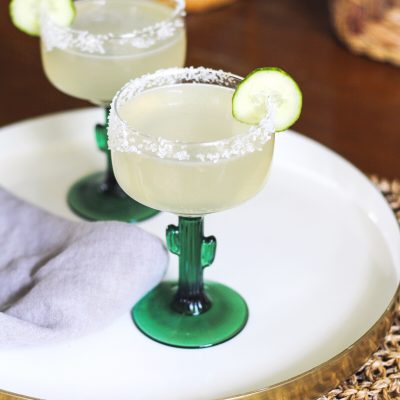 This isn't really a margarita but I don't know what the hell else to call...

A gingery take on the classic French 75. The most summery drink to ever summer. Or something.

As many vermouth-soaked cocktail onions as you can fit on a pretty little pick.